I like watching and photographing full moon every month.  Full moon is beautiful but I like her especially when she appears.  However, I have been missing to photograph her this year.  I missed first full moon which was on 2nd of January.  At that time clouds built all of sudden in the evening and did not clear out until very late at night.  Second full moon was on 31st of the month and it was the night of heavy rainfall and could not see astral show that happened at night (I was really keen to watch eclipse).

So on the day of first full moon of this month (second full moon is on 31st), I set my camera on the tripod and to photograph her.  I checked the rising point and line of orbit with my astral free app on iPhone.  I was just hoping the moon popping out between clouds that again appeared along to the sun was setting down.

To be very honest with you, I was not sure if the spot I chose was the best, probably not.  Why I chose there was because was eager to take a picture of full moon with Sydney Harbour Bridge together in one shot.  The moon orbit may take one end of Harbour Bridge according to the app so I just hoped to manage it.

she, however, rose a little far left than I had thought it must have been, and was setting  behind a high rise residential building.  So I changed position a bit giving up Harbour Bridge and to photograph her with Luna Park together in stead.  The residential building stood out in silhouette in the dark with backlight made by moon.  I was waiting for another several minutes and then she, just came up above the building, now hid into the clouds straight up.

I felt it funny somehow and was laughing as photographing because she reminded me of someone like a little shy girl who hid behind her mum (or dad) when she says hi.  🙂

Anyway, I took several shots of her.  She continued rising only behind the clouds but her bright yet graceful light was enough to make me happy to see and photograph her.

I like the shady full moon also.  It ended up adding some mood in photo.

I already look forward next full moon which is coming the end of this month. 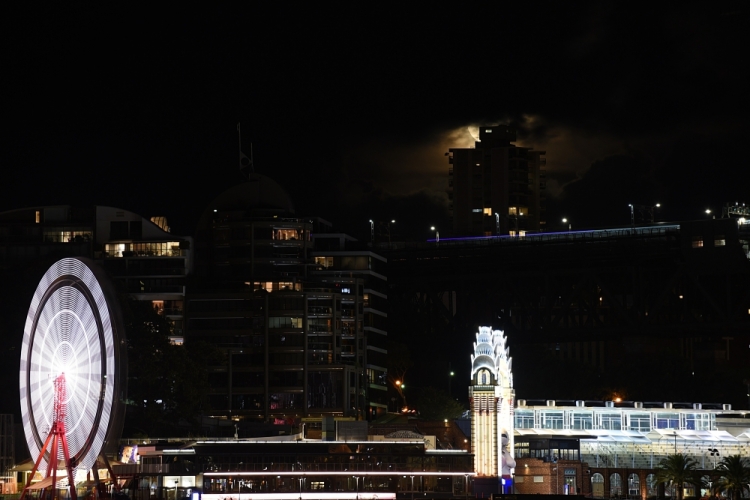 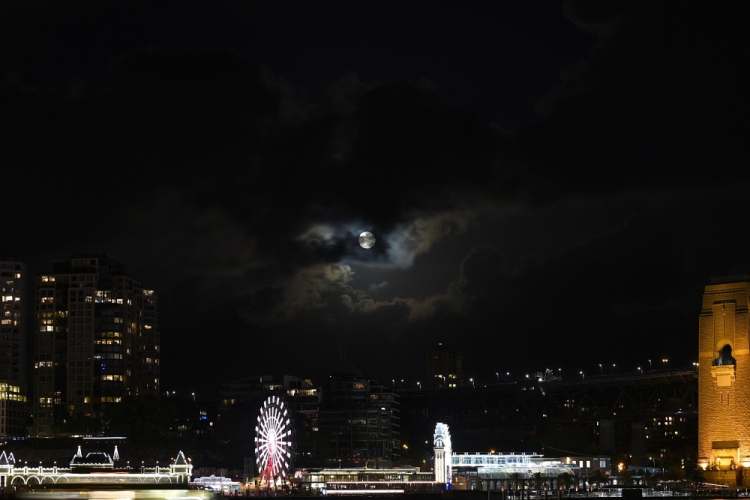 Thank you for stopping by.